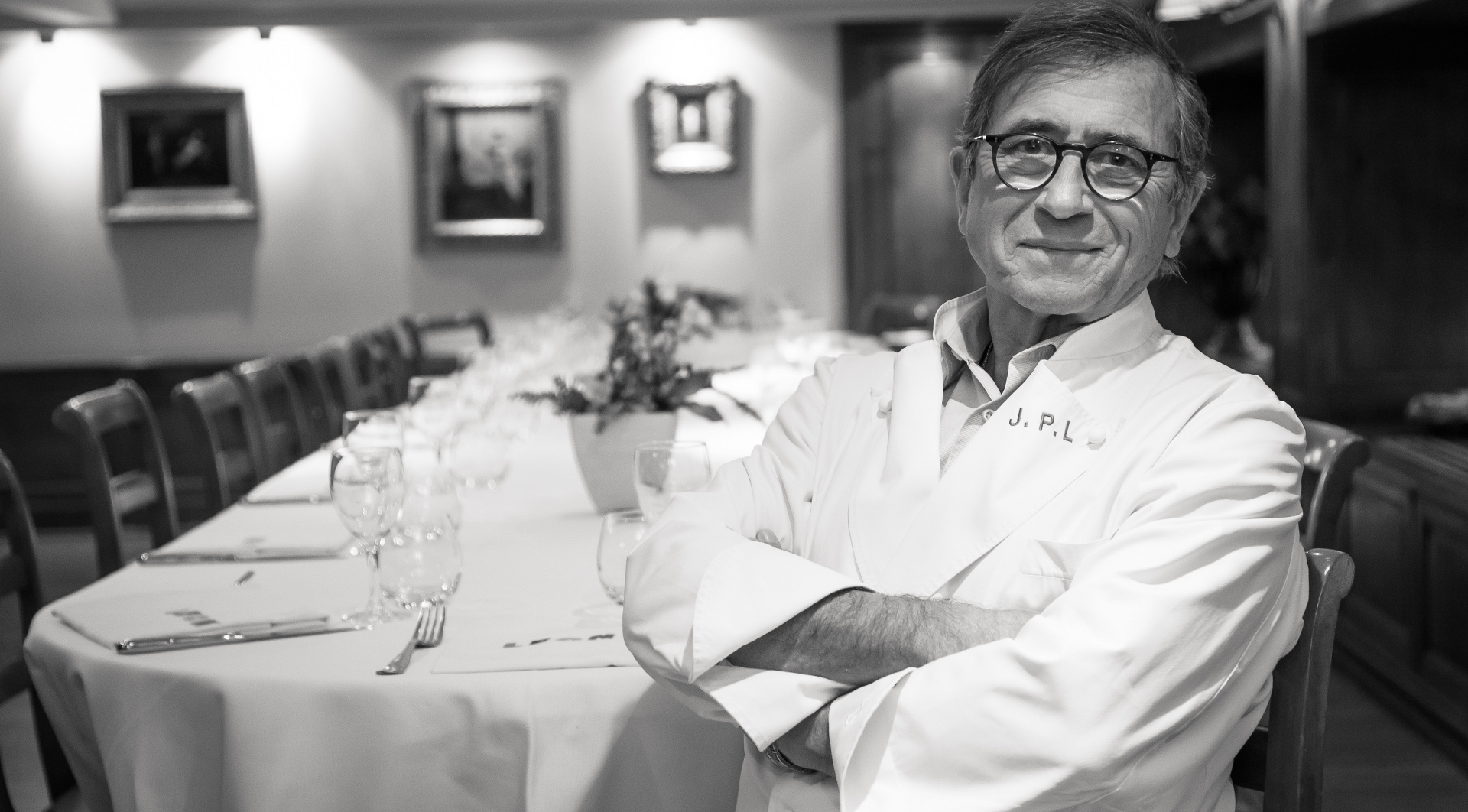 For 40 years, Jean-Paul LACOMBE has been a Chef driven by passion, together with his wife Fabienne. He cultivates tradition and innovation, and pays homage to the produce in its quintessence.

Jean-Paul Lacombe often adds a pinch of soul which makes all the difference by entrusting the reins of each restaurant to a passionate, experienced chef, trained at the school of Léon de Lyon.

Is it really useful to explain the concept of “Les Bistrots de Cuisiniers”? Character, values, ambitions: everything is already included in the name! A “Bistrot de Cuisiniers” is a gourmet restaurant with a warm atmosphere ensured behind the scenes by a true professional. A Bistrot de Cuisiniers is simply the promise of a pleasant and delicious moment.

The “Les Bistrots de Cuisiniers” brand was born in 1996. But its origin is much older.
1972: at the age of just 23 years, the young man whose only ambition was happiness, sees himself rushing into an adult world. The death of his father, starred chef Paul Lacombe, required the happy-go-lucky Jean-Paul Lacombe to take over the gourmet kitchen of the mythical on Léon de Lyon, then boasting one Michelin star.
1973: the carefree stance is replaced by rigour, seriousness and professionalism. The Michelin star awarded in 1955 is confirmed by the Lacombe son. Jean-Paul establishes his first name.
1974: Jean-Paul Lacombe, the agitator, takes the next step. He opens a French bistro in rue Mercière, “Le Bistrot de Lyon”. The “Bistrots de Cuisiniers” spirit is blossoming.
1976: Bistrot de Lyon is enlarged and increased to 130 covers.
A transformation, but the spirit remains the same: it is a spirit of a Paris brasserie from the turn of the century with a Lyon, bourgeois and canaille bistro cuisine.
1978: Léon de Lyon is awarded a second star.
1984: Bistrot de Lyon opens its doors 7 days a week, for lunch and dinner.
1989: creation of the Petit Léon and birth of the Bistrots de Cuisiniers brand.
1992: opening of Bistrot du Palais at 220 rue Duguesclin.
2003: the brand has now 9 properties. The formula is exported and the concept duplicated.
2007: Léon de Lyon celebrates its last service with a lot of pomp. Jean-Paul Lacombe returns his stars, but not those sparkling in his eyes.
2008: after a lifting of more than 6 weeks, Léon de Lyon is back on the scene. From its opening this brasserie with a unique refinement seduces the Lyon people immediately. An inspired cuisine, a simple setting and an audacious approach are the new assets of the young Léon de Lyon.

THE VALUES OF BISTROTS DE CUISINIERS:

1. Bistrot de Lyon: A genuine bistro from the years around 1900 with a decor which immerses us in the belle époque. An icon of rue Mercière, a bistro cuisine with the great Lyon classics, which play the score with a friendly and zealous team in the dining room.

2. Bistrot du Palais: A haven of peace in this district which hosts lawyers, businessmen and international tourists. Delicious traditional cuisine in a setting of collectors, simplicity and rapidity for the service.